CHEST: Place the tape measure under your arms at the fullest part of your chest, wrap around your body until your fingers meet and mark the measurement.

WAIST: Measure around your natural waistline—right above your hips. Be careful not to squeeze too tight to allow a little give.

TALL:  All tall sizes are 5 cm longer than regular sizes and are marked with a T behind the size

SHORT:  All short sizes are 5 cm shorter than regular sizes and are marked with a S behind the size 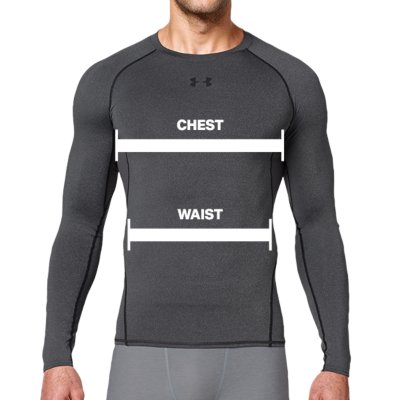 Ultra-tight, second-skin fit that keeps you locked in.

A slimmer, athletic cut that allows total mobility but eliminates the bulk of extra fabric.

This Product is not currently available.
Shop all
Height: Size: Fit: Compression

The best gym gear doesn’t just help you work harder; it makes you feel near invincible—like a superhero.

This is what makes our gear work harder — and smarter — than anything else out there. 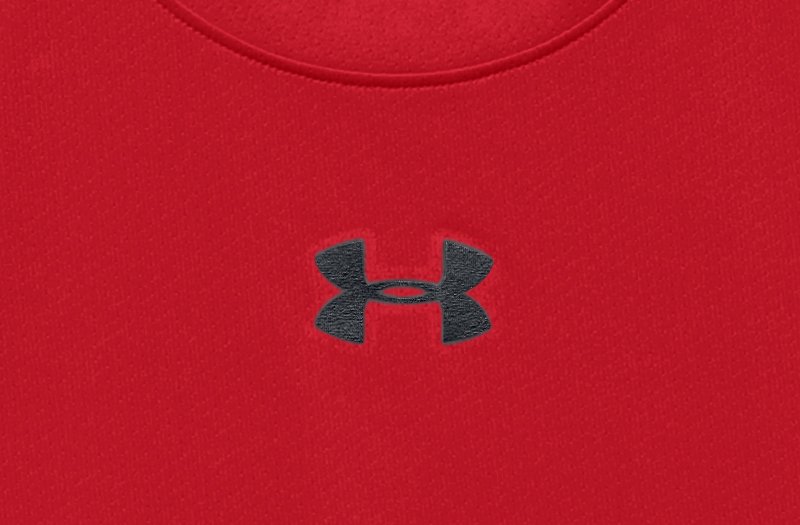 The original innovation our founder dreamed up. This super-breathable fabric wicks sweat and regulates body temperature so you feel cooler, drier, and lighter than ever.

Nothing beats Under Armour

[This review was collected as part of a promotion.] The second skin feel of these shirts make you forget you're even wearing them. Whether you wear them as an under shirt or as your main shirt, they are excellent at keeping the sweat of your body.

Hello UA community, I live in Australia and wanted this compression real bad but couldn't find it anywhere in Sydney. So i went to UA website and I found this awesome creation! As you can imagine, this being my first UA compression I was completely blind in terms of what size I should buy but after reading some reviews I decided to take everyone's advice on buying a size up (I'm a MED but bought the LG). Love the shirt and felt like a super hero the second I put it on. Just wanted thank UA for a brilliant piece of gear; the quality, technology and fun you guys put into your product is simply awesome! Also a big thank you to all reviewers who no doubt guided me to buying the perfect size. Rock On Under Armour..... I WILL :)

A shirt made for Super Soldiers

Feels great cools very effectively, I run ,trail run , hike, weight training , soccer , rockclimbing and its awesome , get a lot of compliments on this shirt but its cap come on haha

I'm disappointed these shirts aren't available in women's sizes but I got one anyway and I love it! It's so fun to wear to the gym or on a run. The crew neck is cut high compared to most women's shirts (but still very comfortable). The shirt is cut long and it seems inevitable that it bunches a bit at the bottom hem but I prefer this to a short shirt that gapes when you move in it. The fabric is thin, moves well and doesn't chafe. The print is really detailed and disguises sweat so you can look like an effortless supersoldier while you lift. My only complaint is it snagged very easily. Mine got a pull right in the middle of the star when I ran it through the wash.

All the compression shirts i have gotten have fit me perfect and are awesome. I just UA keeps coming with new Marvel/DC Super Heros (Hawkeye maybe)....

I love this Captain America shirt!

I love this shirt. The print from the Age of Ultron costume is amazing and I get a lot of compliments on it. i recently ran a Superhero 5K and wore this to the event. The fit is what I expected for a compression shirt and isn't too tight or loose on me. It's still recommended you get a size up (I wear small sized t-shirts, but get compression shirts in mediums). I can't wait to see what other superheroes are going to be available through the Alter Ego line (how about Deadpool? His movie is coming out soon!).

So glad I bought this shirt...!

I was a little hesitant to buy this at first, but I wanted something to wear to the Halloween party in Disney's Magic Kingdom, that wouldn't be too hot or obtrusive. While I also have a pretty decent build, I'm not a super soldier and normally wouldn't wear something so tight. No worries - this shirt fit me like a glove, and accentuated my body, while the graphics made it look like a well detailed and accessorized costume. I received a lot of attention and compliments while wearing this shirt, and it was very comfortable and felt great to wear. I wish I could find the Winter Soldier version now! As others have noted, buy a size larger than you normally would for other brands. I am 5'10" and weigh 188 and the XL fit me perfectly. I normally wear a Large in other shirts.

This is my review: As your walkabout on terra firma matures, you suddenly find yourself besieged by naysayers. Worrywarts who are prone to spout such heresy as: "aren't you a bit too old?" Or "do grow up!" Being of sound mind, and heavily invested in my well earned 33 years, I merely shrug off their ill views and blow the legendary raspberry at their taciturn faces. "Away into the night. Scram!" This is, after all, a hard knocks life, and one most get his jollies whereever they are offered. With that said, inspiration seized me one afternoon while I was on vacation in our nation's capital. One swipe of my plastic, a quick two-day shipping and the little boy inside of me was giddy with anticipation. Now, mind you, I'm a firm believer in another clothing company's merchandise, but, one can't help but be swayed into the dark side with this little jewel twinkling on your screen... And, being my first, not only Under Armour shirt, but compression apparel, I can't help but feel as though I've suddenly shifted alliances. This is one heck of fashion statement. I was a bit hesitant at first, having a runner's build, and not a Steve Rogers' frame, I had the slightest fear that I'd end up looking like the US flag after a less than frugal stay in Biafra. That image quickly fled once I got a gander at myself in the mirror. It hugs, contorts, and basically, shines the necessary body parts. It truly makes you feel super. So, off I went, a soundtrack - quite obvious which one - blaring on my iPhone and a 2 hour run around the National Mall. "But..." You're probably saying, "But me no buts," is my reply. Let's rapidly defenestrate certain geeky faux-pass... Yes, I now that this is not the Winter Soldier suit - woe onto my house for I was too late to purchase that gem... P.S: UA, if you're reading this, please put that beauty back on your stck shelves. So, let's not nit-pick. As I said, off I went past the reflecting pool, across the Lincoln Memorial, straight along the Washington Monument. It did wonders during my training. Many "on your left," were heard, followed by the occasional "Assemble!" and a few military salutes did make their presence felt. Quite a magical morning indeed. From that day on, every time I sport this little beauty, heads do turn. Next paycheck will be fully spend on the rest of the Captain's compatriots. So, suit up and, as they say: "Avengers..." Well, you know the rest